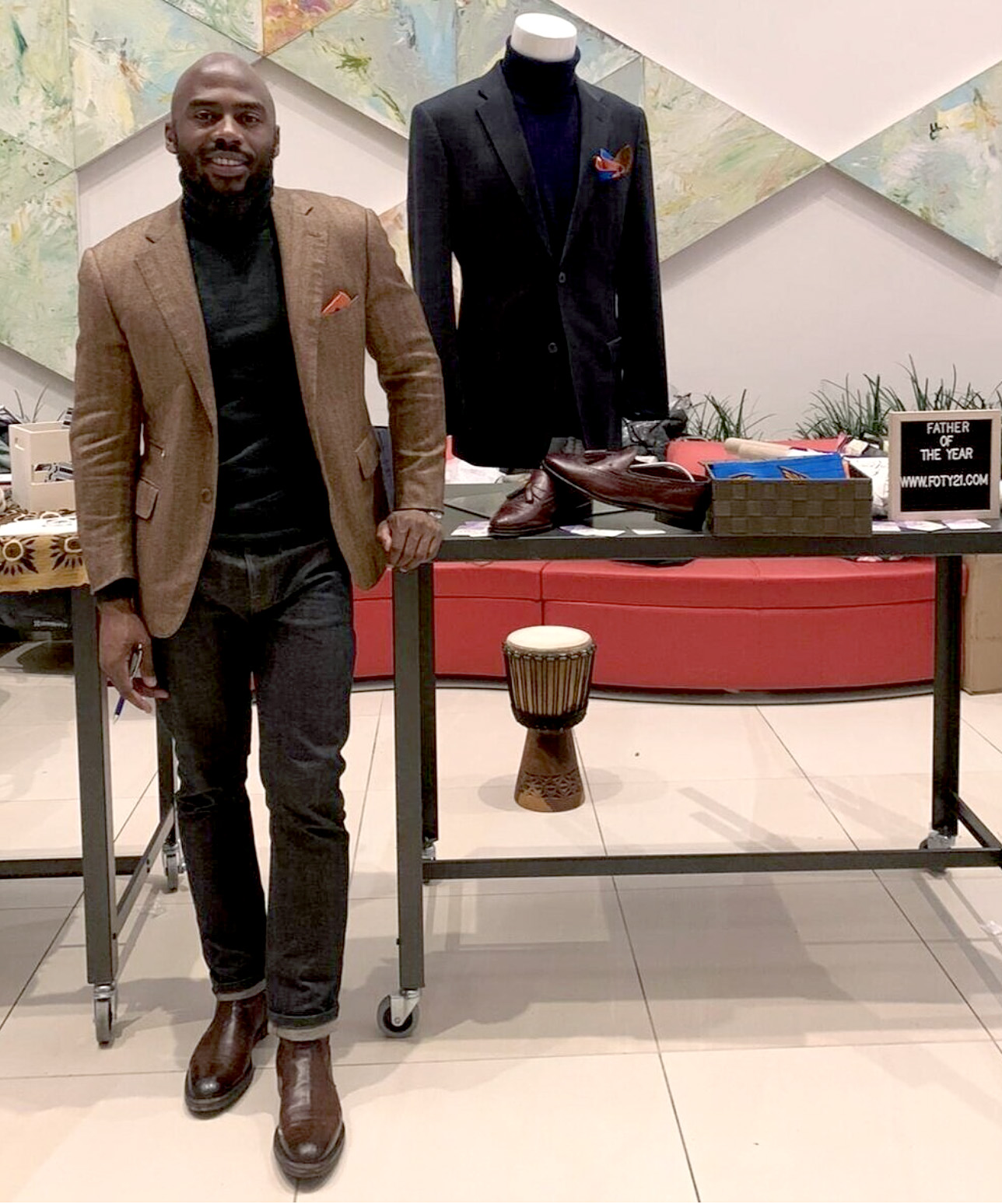 Father of the Year (FOTY) was born out of a passion to celebrate excellence. It is the story of its founder, Mbuyi, and many others like him, who embarked on the formidable journey of fatherhood.

A competitor by nature, Mbuyi previously competed in various disciplines at a high a level, earning many awards along the way. In his view, fatherhood is not much different to a 12 round boxing match: they both require unwavering dedication, love, awareness, self-discipline and a deep desire to succeed.

Realizing the intricacy of fatherhood in the early days following the birth of his son, Mbuyi began to focus his attention on creating a symbol that could represent the highest honor to distinguish fathers worldwide. A trophy of some sort – like a gold medal at the Olympics – given as a sign of appreciation to fathers and father figures. As he pondered, Mbuyi concluded that the highest honor a father can receive is to be considered “Father of the Year” in the eyes of his family.

While athletes are rewarded with multi million-dollar contracts and MVP trophies, fatherhood is celebrated once a year on Father’s Day. At FOTY, we believe that celebrating fatherhood by honoring fathers and father figures should be extended to everyday. FOTY is a mindset which inspires one to strive toward continuous improvement. As fathers make the effort to be and to do better, we hope to encourage the people in their lives to recognize them in return.

An outfit without details is incomplete. Accessories such as pocket squares have the power to speak on your behalf and elevate your look.

FOTY pocket squares and ties are exquisitely made in Italy, while our hats are handcrafted in Argentina. We believe in quality over quantity, for that reason, our collections are released in limited numbers.

In this respect, FOTY accessories symbolize something of real worth to celebrate the father figure in your life.

FIND US IN (STORE)

Keep up to date with new collections, stories and life at FOTY

FATHER OF THE YEAR, Inc. © 2020 All rights reserved | Design by arntzrichard.com